The winners will be announced at a fun-filled awards evening on Friday 2nd November at the annual Ski and Snowboard Show in Earls Court, London. The event will form the centrepiece of Ski & Snowboard’s 25th anniversary and will be attended by readers of the magazine along with the great and good of the snowsports industry.

Set to become one of the highlights of the snowsports calendar, the awards will reward resorts, companies and individuals in 25 categories. These will include the best European resort, American resort, ski and snowboard brands, airline, and specialist and mainstream tour operators.

With over 25 years of experience reporting on the snowsports industry from across the globe, Ski & Snowboard is the UK’s leading snowsports publication and is perfectly placed to launch an awards scheme highlighting the industry’s outstanding companies of the year.

Winning a World Snow Award is an independent stamp of approval for a company and its products, singling them out from the competition. VOS Media will work with all winners to gain as much impact from their World Snow Awards win as possible. 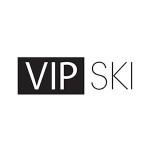 See more of our Heavenly Clients...